Miracles of miracles! WIPO passes the treaty for the blind! 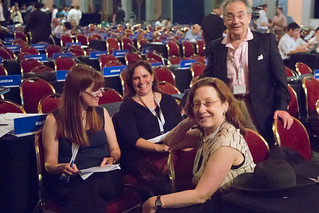 In an exciting turnaround, last night the World Intellectual Property Assembly (WIPO) made history by passing the “Treaty to Facilitate Access to Published Works by Visually Impaired and Persons with Print Disabilities (the “Treaty for the Blind”). Print disabled people and supporters of the treaty around the world are thrilled by the victory, including the American Library Association.

After five years of advocacy and negotiations, WIPO achieved the unthinkable — they passed a treaty in support of the information rights of users!  By passing what is an exception to copyright, WIPO demonstrated that there is international support for balance in copyright law.

Immediately prior to the diplomatic conference in Marrakesh, many advocates thought they would lose the battle because of increased private industry interest in toppling the proposal.  The industries’ primary concern was ideological–WIPO exists only to maximize the exclusive rights of copyright holders. Passing an exception, even an exception that was necessary and with obvious human rights appeal, they believed was a step back for WIPO.

In the last day of negotiations, WIPO delegations reached consensus on a number of issues including the three step test, the use of technological protection measures and fair use and fair dealing as stakeholders made numerous concessions.  By all accounts, however, when the treaty goes into effect, nations with exceptions for the disabled will be able to share accessible content across borders.  Libraries will be considered “authorized agencies” that can make accessible copies without the prior permission of the rights holder.

In the next two days, the treaty will be translated and presented to the assembly after which WIPO member nations will provide comments.

ALA — congratulate yourself! ALA has been a key player in this effort! And finally a happy post from me about this treaty!

As of November 2018, District Dispatch is no longer being updated. It is now being archived for future use. Please visit https://americanlibrariesmagazine.org/tag/advocacy for the latest news.

Published in Accessibility and Copyright